Regardless of your income level or political leanings, one thing currently unites almost all of us as a nation — collective panic about the state of our personal finances.

In the seven days since last week’s “mini” Budget, the cost of living crisis is fast turning into a full-blown financial one. I am sure readers are deeply troubled by this, yet our government appears indifferent. The question is, for how much longer can they ignore our distress?

As mortgage rates soar and pension funds wobble, the new chancellor’s “gamble” of borrowing to fund unnecessary tax cuts is a bet that Middle England now finds itself on the losing side of.

As a result, households will be spending hundreds of extra pounds per month on mortgages much sooner than we expected. People’s happiness now directly correlates with the length of their fixed-rate deal.

With the whiff of a property crash hanging in the air and now fresh threats to the pensions triple-lock, older voters are not impressed — dangerous territory for the ‘Trussonomics’ experiment.

The Bank of England’s intervention has calmed the waters for now, but ministers show no signs of remorse about the catastrophe this has unleashed for our personal finances.

Of course, we can’t blame all of the market falls on the new occupants of Nos 10 and 11 Downing Street — but Liz Truss and Kwasi Kwarteng have turned decline into disaster in a week.

Anyone checking their company pension, Sipp or Isa is likely to see double-digit percentage falls in value in recent months. Add to this the prospect of big drops in property prices and more costly mortgage repayments, and we’re suddenly all feeling much poorer.

Economists have urged the chancellor and prime minister to reassure the markets and communicate “the plan” more clearly — but what about reassuring the people who voted for you?

As much I want to muster words of comfort for readers, I cannot lie. We were already facing some incredibly tough years ahead, and the events of the past seven days will undoubtedly make them tougher. But we also need to accept that the days of easy credit and QE-powered asset inflation are nearly behind us.

This means it will become much harder for people (and policymakers) to perpetuate two widely held financial myths; the first being that property prices will keep rising forever.

The sudden repricing in the bond market means that mortgage rates are going to rocket. If they get to 6 per cent, the average household refinancing a two-year deal would see monthly repayments jump more than 70 per cent from £863 to £1,490.

However, only buyers with a decent slug of equity who pass affordability tests will be able to grab the best deals.

With people already fretting about losing their homes, what needs to be accelerated are solutions to help borrowers restructure their debts. This might sound premature, but with the prospect of widespread distress, how this is handled will be the difference between a correction and a crash.

The second myth is that tin-plated pensions (less generous than the gold-plated variety) will be enough to fund the kind of retirement previous generations enjoyed.

As property prices have soared, equity release has been the retirement “get out of jail” card for millions, but this is not sustainable.

The Bank of England’s move this week shored up the finances of final salary pension schemes shaken by the rapid repricing of gilts. However, the majority of workers today are saving into defined contribution (DC) schemes where the risk is very much “on us” in retirement.

Millions have been nudged into auto enrolment, but this still doesn’t resolve the problem of people not saving enough. Politicians have been on the back foot with this one for years, but they will no longer be in office by the time today’s workers realise the gaping shortfall.

We already know that the cost of living crisis is causing workers to cut or stop their pension contributions, but news this week showed how retail investors are now accessing their pensions in record numbers. 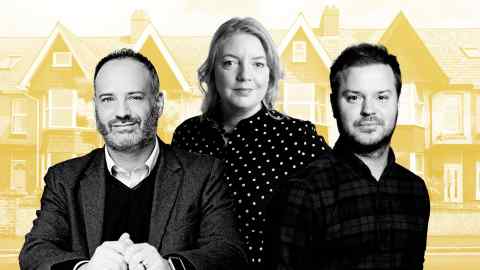 In the second quarter of this year, more than half a million people withdrew a total of £3.6bn; a 23 per cent year-on-year increase. This is the first time quarterly withdrawals have exceeded £3bn. The average sum taken out was £7,000 (compared with £5,800 in quarter one).

Experts sense that many people in their 50s and 60s are accessing pots for the first time to tide themselves over. But if older workers want to build their savings back up again in future years, they could be snared by the Money Purchase Annual Allowance (MPAA). Withdraw too much and this permanently cuts your annual pensions saving allowance from £40,000 to just £4,000, and is one future tax tweak that the government should consider.

In the wake of the financial crisis, the broken annuities market caused retirees to enter riskier drawdown plans where their money remains invested in the markets — and these are nervous times for such investors.

As interest rates rise, however, annuities are making a sudden comeback. Rates are now at their highest level in a decade, rising 42 per cent this year according to Helen Morrissey, senior pensions analyst at Hargreaves Lansdown.

As rates rise further, she expects more retirees to take a “mix and match” approach by annuitising in stages, securing enough income to meet their needs and continuing to take investment risk with the rest.

Like many of you, I have been prudent all my life, living within my means and prioritising saving for the future over spending today. As the mood of panic rises further up the income distribution scale, people are in danger of making knee-jerk decisions with their life savings, and could lose faith in the financial system altogether.

Hitting the slots in Las Vegas would be the last thing on earth that a sensible financial goody two-shoes like me would ever recommend. But I feel like this government has done it for us, taking additional risks with our money when rising inflation and quantitative tightening loom large over our future financial security.

I am lucky to have time on my side. I’ll hopefully have another 20 years (at least) of being able to earn money and rebuild my investments.

However shortlived this gamble for growth turns out to be, our personal finances will bear the consequences for years to come.

‘The money is gone’: Evacuated Ukrainians forced to return

The Fog of San Francisco

GOP House Candidates May Be Wiped Out After Federal Court Rules Insurrectionists Can Be...

Andor Showrunner Explains Why the Series Will Be “So Huge”

As an Afghan Shia father, I fear for my children | Opinions